It’s that time of the year again….. Fervour prevails all over India and people are immersed in elegant ethnicity and souls with emotions.

Fun….rituals…… traditions…… feast…… pomp…… colours…. burning of Ravana’s effigies…. Fanfare…… pageantry…….The victory of good over evil. Vijayadashami (or dussehra), a perfect combination of delectation with culture makes everyone spell-bound with its ecstasy and then a story-teller.

Alexa Travel is here to give you a deep insight into the marvellous celebrations of Dussehra at the 5 best places in India. Roll up your sleeves and get ready to capture the most mesmerizing moments.

A peep for the reason

The mighty festival of Dussehra is celebrated all over with great enthusiasm and for different reasons. People from southern, eastern and north-eastern states commemorate this day in the victory of Goddess Durga over Mahishasura (Buffalo demon) marking the end of Durga Puja, whereas northern and western states celebrate the victory of Lord Rama over demon Ravana marking the end of Ramlila.

In accordance to another mythological belief on this occasion, more than a million Kuru warriors including Bhishma, Drona, Ashwatthama, Karna, Kripa were decimated by Arjuna.

When are the celebrations???

The grand festival of Dussehra is celebrated on the sixth and seventh month of the Hindu Luni-Solar Calendar, tenth day in accordance with the Hindu calendar month of Ashvin or Kartik, respectively. Be ready for the astonishing fest on 8 October 2019.

The regal city of Mysore celebrates the state festival Dasara with royalty for ten days (29 September 2019 to 8 October, 2019) in the honour of Goddess Chamundeshwari.

The tradition celebration dating way back to 1610 is charismatic leaving you enchanted.

The extravagant festivity by Mysore royals is a spectacle to behold. The splendorous dazzle of 100,000 light bulbs embellish the Mysore Palace during the festivity along with themed programmes of dance, music and the culture of Karnataka.

Kullu Dussehra is a majestic week-long festival dating back to 17th century. The charisma of red dresses metallic idol of Goddess Chamunda garlanded in marigold instated on a palanquin carried on the heads of worshippers along with the gracious presence of Lord Ghatotkach and Goddess Hidimba is bewitching teeming with the crisp Himalayan air surrounding by the mellifulous calls of the Narasingha trumpets (buffalo-horn). The celebrations starts on Vijayadashmi with a tribute to Lord Raghunathji by the goddess with the installation of idol on the beauteous chariot adorned with the presence of village gods and goddess in the peaceful ambience of colour and music. The festivity with a blend of rituals, history along with rich culture is celebrated with dancing and singing for the 7 days. You cannot miss the precession of Lord Raghunathji led by the king and the shopping of authentic handicrafts from fair while enjoying the folk music.

The last day of merrymaking is accomplished with the bringing the chariot to the banks of River Beas followed by the ritual of burning the mass of wood grass betokens as the burning of Lanka.

The savour of Dusshera in Delhi is unforgettable with the most dramatic and entertaining celebrations of nine long days of worship and fasting and extravaganza Ramlila show (theatrical depiction of the eternal good defeats evil- mythological story) at Subhash Maidan, Jawahar Lal Nehru Stadium, Ramlila Maidan, the Red Fort grounds and at the Red Fort lawns. The jolly making culminates into breathtaking fireworks dazzling the night sky as the Towering effigies of demon King Ravana, his son Meghnad and brother Kumbhakaran blazed and crackled in fiery splendour amidst the enthusiastic cheering of the crowd.

The savour of Dusshera in Delhi is unforgettable with the most dramatic and entertaining celebrations of nine long days of worship and fasting and extravaganza Ramlila show (theatrical depiction of the eternal good defeats evil- mythological story) at Subhash Maidan, Jawahar Lal Nehru Stadium, Ramlila Maidan, the Red Fort grounds and at the Red Fort lawns. The jolly making culminates into breathtaking fireworks dazzling the night sky as the Towering effigies of demon King Ravana, his son Meghnad and brother Kumbhakaran blazed and crackled in fiery splendour amidst the enthusiastic cheering of the crowd.

Get ready with your cameras to capture the picturesque scenes of the might festival Dussehra over the river Ganges…..

Ganga Dussehra in Varanasi is celebrated to honour the journey of river Ganges from heaven to Earth. You can enjoy the magnificent Ramlila initiated by King of Kashi at Ramnagar and the devotional Durga Puja along with the sprinkling of Varanasi’s own traditional way of celebration.
The day is filled with fast accompanied with a holy dip in the divine water of River Ganges. You must attend the special Aarti on all the 84 ghats especially Assi Ghat and get mesmerized with the view of earthen lamps and flowers bejewelling the holy water. The aroma of fairs besides river banks paired with the euphonious devotional songs will surely fill you up with devotion and rituals.
Go for bathe in the holy water with a belief that a single dip into River Ganges on this special occassion washes away ten sins.

A visit to the Dussehra capital, Kolkata is simply delightful.

The grandeur celebrations are done in the honour of reverence of Goddess Durga believed to be emerged from the collective energy of all Gods as an embodiment of Shakti or divine feminine power who destroyed demon Mahishasura; blessed to not be defeated by any man or god.

The look of eagerness and excitement is conspicuous on people’s faces prior to the celebration of 10 days festival.

Get immersed in Overcrowded streets with more than 3000 huge decorated pandals exhibiting outstanding creativity, exquisite and scrumptious traditional cuisine(only place to get traditional non-vegetarian meals during this time of the year), profusion of opulent heritage and culture, irresistible and delightful music and dance, magnificent lighting illuminating the pandals and the city gets literally lit up with festivity……. And what not????

You should not miss out on the precession for Goddess Durga on the first day and the enormous celebration on the tenth day. On Vijayadashami women (especially married women) initiates the precession with the application of Sinddor powder on Goddess and to each other symbolizing marriage and fertility followed by immersion of Goddess’s idol in the water. The most popular place is Babu Ghat near Eden Gardens.

Pack your luggage and get ready to explore the mighty land, India during the zeal of festivity and get submerged in vibrant traditions and frolics. Book your flight tickets from USA to India this festivity and avail amazing deals with unmatched prices.

Hurry!!!! You don’t wanna miss all the excitement dipped in rituals. Do you??? 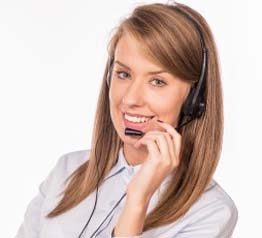